Have you ever observed people being accused of resisting someones ideas because of fear? Someone writes a controversial book and reviewers critique the book and take exception to the writer's propositions as expressed in the book. Then the author responds that his critics are reacting out of fear.

Oh really? The author knows this for sure? All the criticism of his book is based on fear? Fear is the primary driving motive of the criticism?

What if the criticism comes from a basis of intellectual integrity, and the reviewer in his or her analysis detects that the author has not been entirely intellectually honest with the data; that critical points of context and other relevant information and data have been ignored or overlooked?

And why is the author responding to his critics with an ad hominem argument? Were the critics suppose to leave their brains at the door of their office before sitting down and reviewing the author's book? Are all critical rational thinking facilities to be laid aside when it comes to examining this writers assertions and claims?

And why use such emotional words such as "fear" or "afraid" in labeling one's critics? After all, does the author want dialogue or monologue?

What if in the end it is not fear that drives the criticism, but on the contrary it is application of the rigor of intellectual integrity?

In that case intellectual integrity and honesty wins.
Posted by Bill at 10:41 PM No comments: 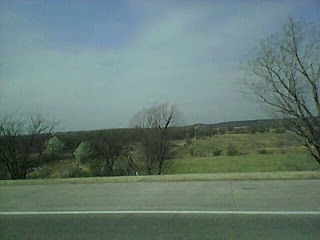 We go to Texas Via Missouri and Oklahoma. I really enjoy the scenery in eastern Oklahoma. 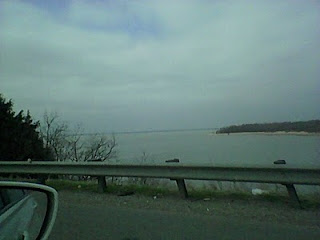 One of the more picturesque areas in that part of Oklahoma is the Lake Eufaula area just north of McAlester.


It was nice to get away for a little while.
Posted by Bill at 9:38 PM No comments:

Of This and That

In a age of relativism, orthodoxy is the only possible rebellion left.

"The walk of faith is a risky path." - Ollie Goad

Bill
Christian, Husband, Father, Grandpa. Created in the image of God. Fallen in Adam. Redeemed in Christ. Yet to be fully redeemed.

View my profile on

"Some of my friends believe we should abandon the word evangelical. I do not. I simply yearn for us to live up to the meaning of our name." ~ Philip Yancey